War of words between Ankara, Athens as Turkish provocations at Evros border continue 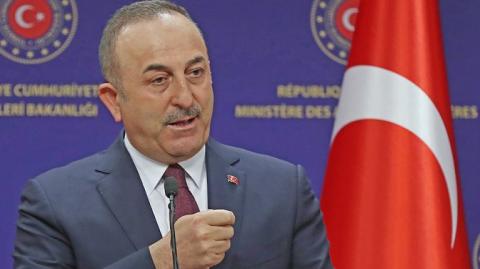 With  tear-gas toting migrants throwing gases supplied by Ankara and using a Turkish armoured vehicle to tear down the wire fences Greece has set up at the borders and Greek police and military forces deployed on the Greek side of the Greek-Turkish border using tear gas to fend off constant attempts of migrants to cross the border, the Greek foreigtn ministry issued a stern response to Ankara's regular use of the term Nazis to describe Greek authorities' closure of the country's borders  and the decisive measures to keep any and all migrants to cross into Greece.

Greek foreign ministry spokesman Alexandros Gennimatas reiterated the accusations of the government and some EU leaders that Turkey is using migrants as a battering ram to dismantle Europe's borders.

He scoffed at Ankara's charges of a disregard on Greece's part of migrants' rights and of violence against migrants, denying and dismissing the allegations as crocodile tears and condemning Ankara's use of the word Nazis to describe Greek authorities as an affront to the millions of victims of the Holocaust.

The full text of Gennimatas' response was as follows:

"The country that for the first time in history used migrants as a battering ram against other countries, is not entitled to invoke justice and human rights. After all, Turkey's performance in these areas is well known.

"What is more, its choice to -repeatedly- disrespect the victims of the Holocaust iis absolutely unacceptable.

"We are, by now, accustomed to Turkey's cynical violation of every rule and law, whether they be the Rule of Law, human rights, Democracy or good neighborly relations in its immediate vicinity and the wider region.

"Proof of the above is documented on a yearly basis in the relative EU...