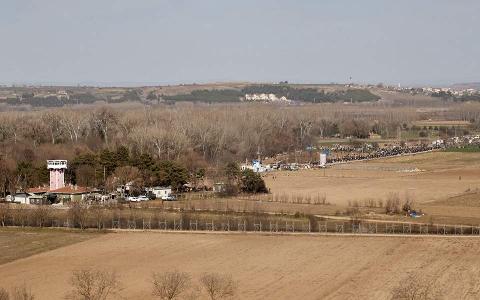 With 17 days having passed since Ankara opened its land border at Evros, Athens is reportedly seriously considering the possibility that Turkey is planning not only to cause an incident but to take a set of actions that will put the whole state apparatus and not just the Hellenic Armed Forces to the test.

Apart from military movements on land and in the sea and air, Ankara is using migrants as a weapon of pressure while at the same time its propaganda machine is operating on both the domestic and international fronts.

Internally, the state-controlled media is depicting an image of Greece as a country that is provocatively trying to deny Ankara its "natural" rights in the Balkans, the Aegean and the Eastern Mediterranean, acting at the behest of the West. This is working to further fuel the already strong current of nationalism pervading Turkey.