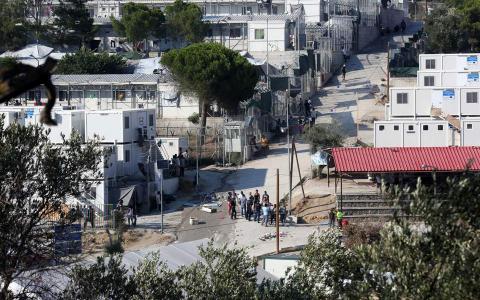 A young child died in a fire in an overcrowded migrant camp on the Greek island of Lesvos on Monday, fire brigade officials said.

The fire burned through two containers used as living quarters by people in the Moria camp, as well as some tents, a spokesman said.

"During the operation a dead little girl was found," the fire brigade spokesman told Reuters. The child was aged between six and seven.

The cause of the fire was not immediately clear. Moria, built to accommodate less than 3,000 people, has about 19,400 people in the camp and its environs living in crowded and filthy conditions.

Lesvos was on the front line of a massive movement of refugees and migrants to Europe in 2015 and 2016.

There was an upsurge in arrivals after Turkey announced on Feb. 28 it could no longer contain the large numbers of migrants it hosts because of an anticipated...