Hungary Closes its Borders for Foreigners 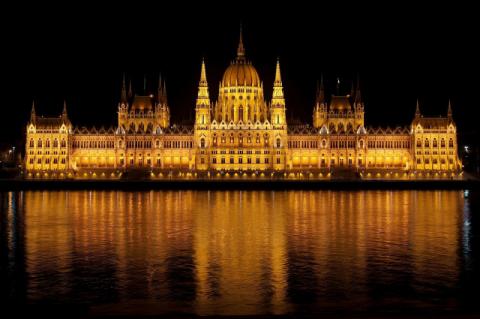 Hungary has become another European country today, announcing drastic restrictions on public life, including border closures and restrictions on movement to prevent the spread of the coronavirus, AFP reported.

Hungary's prime minister says the country is closing its borders to foreigners and only citizens will be allowed in. Prime Minister Viktor Orban said Monday in Parliament that international coordination about the border closures is underway.

Orban also said all bars, restaurants and shops will have to close daily at 3 p.m., with only food stores, pharmacies and drug stores allowed to stay open longer.

Cinemas, cultural institutions and nightclubs will also be closed, while sporting events can still be held if organizers assume responsibility, but only without spectators.

Schools were closed to students on Monday, with distance learning programs starting to be implemented. So far, 30 people in Hungary have been infected with one virus-related death, WGEM reported.

"We are closing the borders of Hungary for passenger traffic," Prime Minister Viktor Orban told parliament.

"International talks are underway to coordinate this measure, which means that in the future only Hungarian citizens will be allowed to enter Hungary," he said.

Several countries in the region have announced similar border restrictions, including neighboring Ukraine and Slovakia.

Orban also said that all public events will be banned from midnight today.

"Places for cultural events and entertainment, cinemas, cultural institutions must be closed," he said, adding that restaurants and cafes would be allowed to operate until 3pm.

Orban also said that all retail outlets except grocery stores, pharmacies and supermarkets would be...