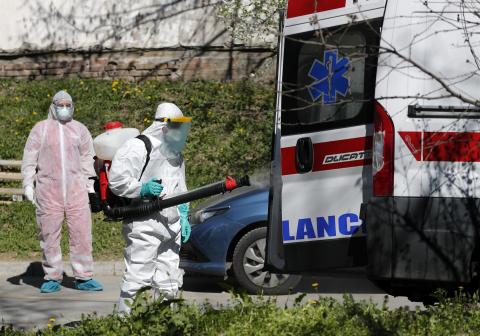 Almost 170,000 people have been infected by the coronavirus across the world and at least 6,509 have died, with cases and deaths outside China overtaking those in the country where the outbreak began, according to a Reuters tally.

The COVID-19 illness causes mild or moderate symptoms but most people, but severe symptoms are more likely in the elderly or people with existing health problems. More than 77,000 people have recovered from it so far, mostly in China.

Infections outside China have been reported by 156 countries. Mayotte, a French Indian Ocean island, and Uzbekistan reported their first cases, while Slovenia had its first fatality.

France and Spain joined Italy in imposing lockdowns on tens of millions of people, Australia ordered self- isolation of arriving foreigners and other countries extended entry bans as the world sought to contain the spreading coronavirus.