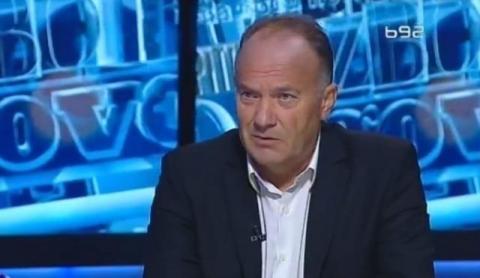 He pointed out to TV Pink that in a short time they were able to record a quality school program, which is a simulation of regular teaching in schools.
"The primary school is covered. The program starts tomorrow and will run every weekday from 8 am to 6 pm. Half-hour lessons are prepared", the minister said.
For lower grades of elementary schools, lectures from Serbian, mathematics and the world around us are organized, and for higher grades of elementary schools - Serbian, mathematics, history, geography, biology, chemistry, physics.
"There will be a lot of classes for eighth graders. Schools will work in a different form," the minister said.
He could not specify how the small graduation ceremony for the eighth graders would be organized, but said that tests for the small graduation test would be printed.
The minister emphasized that neighboring Croatia, which has much more resources than Serbia, was able to organize distance learning from the first to the fourth grade.
He notes that parents will need to get more involved, and that they will be able to because many will work from home because of the new situation.
As he says, as for the ministry of education, anyone over the age of 60, as well as parents of children under 12, will work from home.