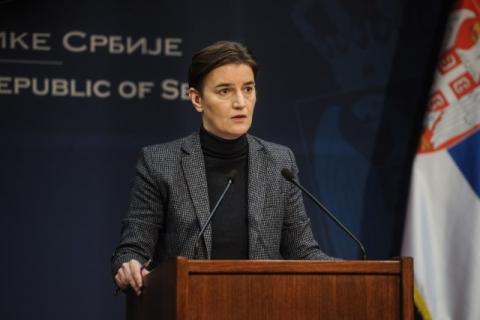 Brnabic said that a large number of citizens yesterday did not take the government's recommendations and measures seriously, and added that it seems that the situation is better today, but that it is not nearly good enough.
"I do not rule out the possibility that tonight we will decide on more drastic, most difficult measures, especially for the elderly," Brnabic said.
She stated that she would have a meeting with President Aleksandar Vucic this afternoon, a meeting with political parties and opposition movements, as well as a meeting of both crisis staffs, after which she would address the public.
She said that the situation regarding the coronavirus in Serbia is complicated.
She stated that 65 people were confirmed to be infected with the virus.
Brnabic says 31 people are in home isolation while the rest are hospitalized.
Most are stable while four are on a respirator.
"We have the case these days that over 50 percent of people are in self-isolation, and now 48 percent of people are under home treatment," Brnabic said.