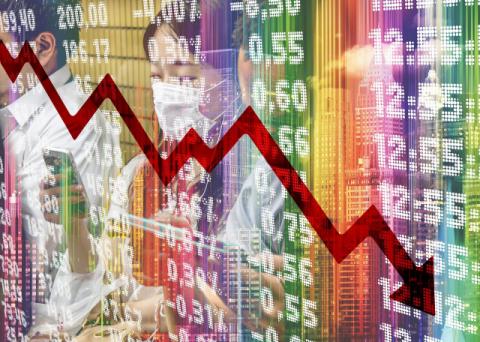 Goldman Sachs Investment Bank's closed client meeting records have leaked online, Forbes magazine reports. It discussed the impact of the coronavirus on the global economy.
The meeting itself took place a week ago and was attended by Goldman Sachs' leading economist and physician as well as representatives of commercial banks. Apparently, one of the participants in the meeting recorded the meeting and then posted the information on the Internet.

Coronavirus infection estimates are now circulating across the web. Have a look at the pictures below:

*The pictures are courtesy of Forbes and were originally published on Forbes' official website.

This is a "very basic summary" of the call, Goldman insists in a written statement to Forbes. "The summary text was not prepared or authorized by [Goldman Sachs] and it contains erroneous information and language which was not used on the call. During the call, various statistics on the pandemic were cited and attributed to legitimate sources including governments and were not necessarily presented as a [Goldman Sachs] view. The market and economic views presented on the call were consistent with current published research views which are available upon request."

The full article can be found HERE.