Government in race against time to secure ICU beds 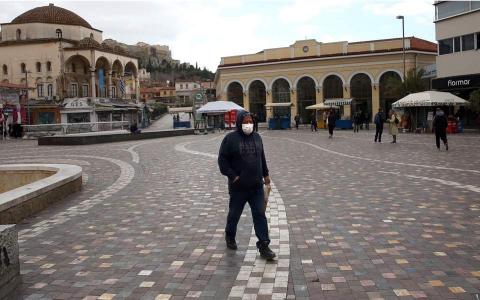 As the number of confirmed cases of the Covid-19 virus climbed to 352 on Monday, with another 21 reported, the government announced a new raft of measures including the demand that people arriving in Greece from abroad self-isolate for 14 days.

In addition, all shops are to close as of Wednesday with the exception of supermarkets, pharmacies and gas stations.

Moreover, authorities quarantined two villages in western Macedonia - Damaskinia and Dragasia - after three deaths and more than 10 infections were recorded in the last few days.

Speaking on Monday during his daily briefing to reporters, Health Ministry spokesperson Sotiris Tsiodras said that in 51 of the cases the source of infection is unknown.

He also announced that the health system will get a 15-million-euro injection for the purchase of equipment, in addition to the 75 million euros for the...

Figures won’t add up for long

Amid lockdown, a ballerina practices in her bedroom