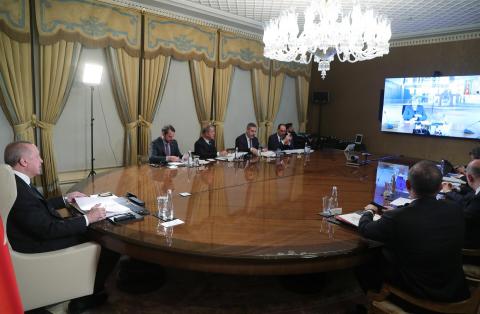 Turkish, German, British and French leaders discussed the Syria crisis and migrant issue as well as joint action against coronavirus in a videoconference, the Turkish presidency said on March 17.

Çavuşoğlu said that the refugee flow was also on agenda as well as Turkey's relations with the European Union.

Tens of thousands of migrants tried to get into Greece, a European Union member state, after Turkey said on Feb. 28 it would no longer keep them on its territory as part of a 2016 deal with Brussels in return for EU aid.

Turkey hosts over 3.6 million Syrians, the world's largest refugee population, and fears that Syrian regime forces could drive another 3 million across its borders from the rebel-held Syrian province of Idlib.

The European Union has called on Turkey to stop the migrants, from Afghanistan, Pakistan, and Africa as well as...

10 Reasons Why You Should Use VPN while in Bulgaria