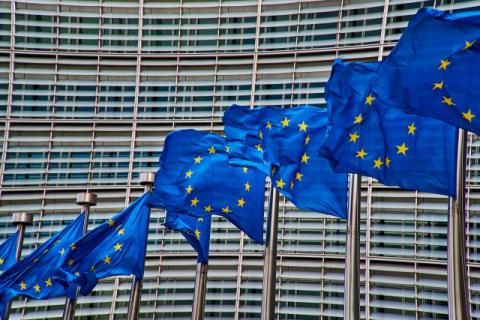 About 80,000 EU citizens are abroad and are likely to need assistance to return home. This was announced by a spokesman for the European Commission, quoted by BTA.

He specified that the number refers to those outside the EU. The spokesman noted that the EU continues to provide emergency flight funds for the return of European citizens. The EC calls on people in need of assistance to contact their country's consulates in their countries of residence.

Commissioners have discussed this issue today, as well as the general situation with the COVID-19 epidemic. For the first time in history today, commissioners met through video conference, the spokesman said.

The EU's external borders are not completely closed, but only for minor journeys, he explained. The spokesman added that so far 10 EU countries have announced that they are resuming border checks - Austria, Hungary, Czech Republic, Denmark, Poland, Lithuania, Germany, Estonia, Portugal and Spain. He noted the EC's urging EU countries to seek joint solutions to border issues and to tackle the epidemic. So far, the EC does not intend to pursue criminal procedures for violations of border management rules, the spokesman added.

With the advent of the new disease, the EC has reported an increase in the amount of misinformation. Most sources are from outside the EU, and Moscow denies linking the spread of false and misleading information, the spokesman added.