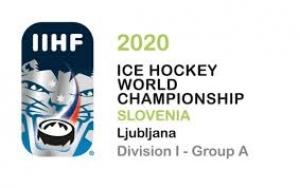 The cancellation was reported by the Slovenian Ice Hockey Association (HZS), which said the Group B tournament of the second-tier world championship in Poland's Katowice had also been cancelled.

In addition to the Slovenian national team, the tournament in Ljubljana's Tivoli Arena was supposed to feature France, Austria, South Korea, Hungary and Romania.

The new date for the tournament will be determined at the next IIHF congress, which is scheduled to take place in June.

The cancellation had been expected, as HZS secretary general Dejan Kontrec recently told the STA that the tournament would bring a huge loss if it was to be played in an empty arena.

As the new coronavirus started to spread around the world, ticket sales virtually stopped, and the association suspended promotional activities as this would only bring additional costs.

Slovenia’s GDP down by 2.6% y/y in third quarter