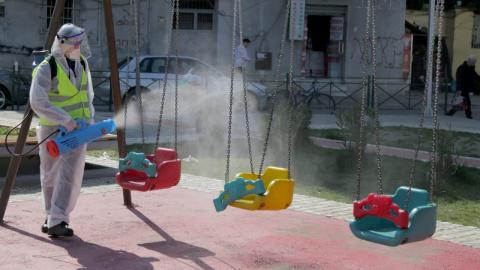 The coronavirus is reaching south-east Europe just a little later than the rest of the European continent. In doing so, it is giving citizens and governments just enough time to watch the chaos engulfing countries such as Italy before it hits the region in full force.

It is also giving the region a little bit more time to prepare, assuming that it knows how to use this time wisely. We take a look at what countries across the region are doing and - in particular - how prepared their public health systems are to tackle the pandemic.

Until just a week or two ago, Romania looked like it was slowly but surely marching towards an early Parliamentary election. Unsurprisingly, President Klaus Iohannis and the National Liberal Party wanted to capitalise on their own popular support and the low support enjoyed by their chief rivals from the PSD.

Like so much else, COVID-19 has forced a rethink. A virus pandemic is hardly a time to conduct election campaigns and march millions of Romanians through polling stations. Thus, Romania has just witnessed the strange spectacle of the opposition PSD putting back into power more or less the same National Liberal government that it had earlier succeeded in ousting.

In Search of Stability