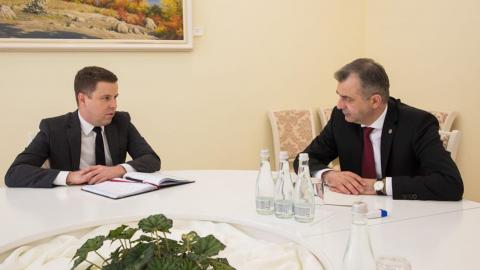 The International Monetary Fund expressed concern in a report issued on Wednesday about the weak supervision of the non-banking financial sector in Moldova and about inadequate efforts to prevent and combat money-laundering and the financing of terrorism.

Moldova has been implicated in recent years in a large-scale money-laundering scheme involving over $20 billion, which was mainly implemented by Russians.

The IMF report pointed to a lack of progress in recovering fraudulently-acquired assets in Moldova, specifically from the perpetrators involved in the 'grand theft' of $1 billion from the Moldovan banking system between 2012 and 2014.

"Little progress has been made to recover assets stolen during the 2014 fraud when several money-laundering operations facilitated the theft of around 12 per cent of GDP from Moldova's largest banks," says the report.

Given Moldova's unstable GDP and its lack of structural reforms, the IMF's forecast for medium-term growth is to remain at 3.8 per cent, due to smaller external demand and reduced agricultural production.

However, the impact of the COVID-19 pandemic could affect this forecast.

The IMF also said that risks are increasing for Moldova because if political instability returns and certain policies are reversed, or if the pace of reforms slows down, confidence may be affected, with external financing options being limited.

Moldova will hold a presidential election in November 2020 and the loans from the West have been halted due to a lack of implemented reforms, especially those concerning the judiciary and the rule of law.

"A range of data, including from the World Bank and World Economic Forum, suggest that Moldova's judiciary is generally perceived as not independent and...