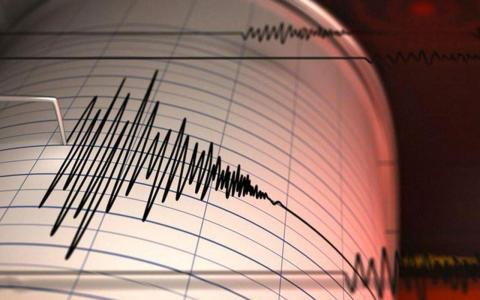 An earthquake with a magnitude of 5.0 struck the eastern Elazığ province of Turkey on March 19.

The quake, which occurred at 8.53 p.m. local time (1753GMT), had a depth of 21.34 kilometers, according to the Disaster and Emergency Management Presidency (AFAD).

There are no reports of casualties or damage so far.

The region is one of the most seismically active districts in the country, where earthquakes occur often and are destructive.

A 6.8-magnitude quake shook Elazığ province and other neighboring provinces on Jan. 24, killing 41 people and injuring 1,600 others, according to Disaster and Emergency Management Presidency (AFAD) data.
The epicenter of the earthquake was in Elazığ's Sivrice district and tremors were also felt in neighboring countries, including Syria and Georgia.
Two earthquakes of 4.5 and 4.2-magnitude jolted Elazığ early on Feb. 1, according to AFAD.
The earthquakes stuck 31 minutes apart at 2:32 a.m. local time and 3:03 a.m. at a depth of about seven kilometers.