Pandemic Forces Balkan Politicians to Get Serious, At Last 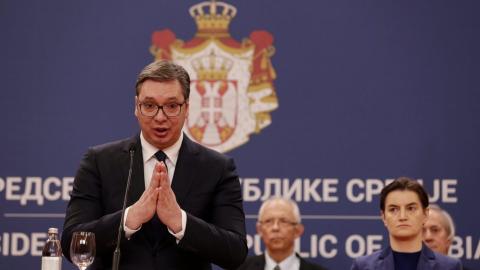 "Solidarity happens much more among equals," Sarajevo-based psychologist Jasna Bajraktarevic said on a regional talk show on N1 TVon March 18. She stressed that the countries in the region should rely much more on each other than on major global actors.

"The EU showed us long time ago what our place is in relation to the EU," she said, before concluding: "What is emerging now is something new, a completely new psychological, geopolitical layout."

This new political narrative - a major shift for governments and state institutions - has seemed most obvious in Bosnia and Herzegovina, the country that had become the embodiment of political dysfunctionality in the region.

"Overnight, literally, all obstacles disappeared in the communication between political leaders, between the state and entities," website Slobodna Bosna wrote on March 17, citing a blog post from investigative journalist Slobodan Vaskovic.

"Suddenly it is clear to everyone who has what role and no one is creating problems over competencies. Suddenly Bosnia and Herzegovina looks very functional, acting fast, on all levels," wrote Vaskovic, previously a well-known critic of Bosnia's corrupt and indolent politicians.

Amidst the pandemic, Serbia and North Macedonia have over the last few days canceled their respective general elections that were scheduled for April. Politicians in these and other Balkan countries stressed this was the time to save lives, not lead futile political battles.

In Kosovo meanwhile, Western diplomats congratulated local governments and public services for their efforts against the pandemic.