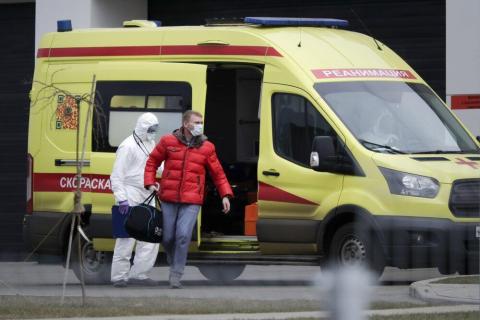 Authorities in Moscow are detaining and deporting Chinese nationals for violating quarantine procedures the city government-mandated in response to the coronavirus, the Associated Press reported on March 20.

Since the beginning of the year, as many as 79 Chinese people have been taken into custody and fined for leaving their place of residence during the 14-day self-quarantine period they were ordered to observe after returning from China, defense lawyer Sergei Malik told The Associated Press.

The majority have been deported from Russia, while 27 remain at Moscow's migrant detention facility awaiting deportation or rulings on appeals arguing the detentions were arbitrary, Malik said. About half of the Chinese nationals detained were university students, he said.

"Someone decided to target Chinese citizens," Malik said. "Our brave police were acting on someone's orders. No one was detaining Italians or Iranians. Just the Chinese."

Some of the detained people from China said in court documents reviewed by the AP that they did not receive thorough explanations or know the Russian language well enough to understand the rules they had to follow while in self-quarantine.

Among the reasons given for coming out of home confinement was needing to buy groceries, obtain immigration documents or to pay for studies.

As part of the Russian capital's strategy to prevent the new virus from spreading, Moscow officials in late February said everyone arriving from China had to observe a mandatory two-week quarantine. The city government also sent police to track down Chinese people by raiding hotels, dormitories, apartment buildings and businesses.

The AP reviewed more than 20 verdicts handed out by Moscow courts in cases involving...