Turkey rules out rumours about troop withdrawal from Idlib 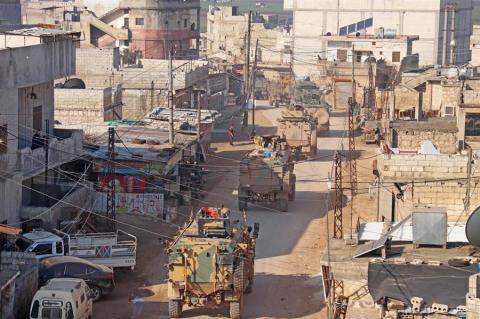 Turkey's Defense Ministry on March 20 ruled out rumours about the withdrawal of Turkish troops from Syria's northwestern province of Idlib.

The ministry said in a written statement that the planned deployment and distribution of troops in Idlib continue.

"All decisions taken under the Moscow deal are being implemented with the utmost care, to stop the bloodshed and humanitarian crisis, and ensure the security of troops as well as the safe return of civilians to their homes," the statement said.

"Reports by some media organizations about withdrawals of our troops from the region do not reflect the truth," it added.

Turkey and Russia announced the agreement on March 5 to contain an escalating conflict in Syria's northwest.

Under the deal, all military activities were to end in Idlib with the establishment of a security corridor 6 kilometers to the north and south of the key M4 highway.

Turkish soldiers have been in the region to sustain the cease-fire and ensure the security of civilians.