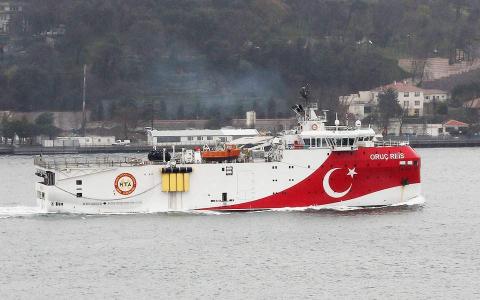 Turkey's recent activity near the Evros land border with Greece and the course on Friday of its Oruc Reis research vessel in the Aegean, accompanied by two support ships and a frigate, sailing up to 50 nautical miles southeast of Kastellorizo, is viewed in Athens as another example of Ankara's bid to test its resolve.

Moreover, according to the Navigational Telex 0114/20 issued by the Antalya Hydrographic Station, the Oruc Reis was to survey an area containing blocks 4 and 5 of Cyprus' exclusive economic zone (EEZ), but on Friday, it sailed up to 100 nautical miles west of Cyprus.

The research vessel's moves are being closely monitored by Athens due to concerns it may cause an incident during a period when Greece is distracted by the battle to contain the coronavirus.

Athens is also keeping tabs on the situation at the Evros border, wary of the possibility of...