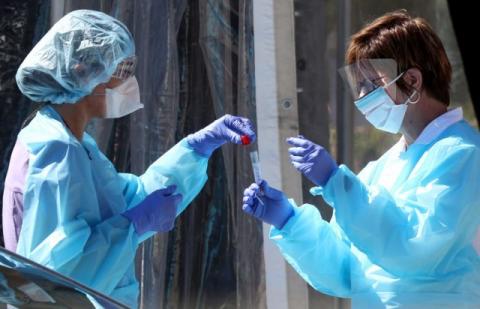 He said it was an older person. It is a 60-year-old woman who did not have a severe clinical picture and was at KBC Dragisa Misovic.
President Vucic has announced new measures to be taken in Serbia related to coronavirus.
"We will go for mass tests, expect them to start in about 48 hours. We have enough tests for the first couple of days, and in the meantime, we will get more tests," Vucic said.

He pointed out that experts from China do not think that the curfew should be extended, but that citizens need to be disciplined.
"It is enough for us to sit at home for 21 out of 27 days. It is up to us. If we are not disciplined, it will never be over," Vucic said.
He also announced the production of chloroquine, a drug that could be useful in treating coronavirus.
Vucic pointed out that Serbia may be in the company of the countries with the largest number of respirators, which he says are "worth as dry gold" on the market.
"The Chinese have given us a significant amount. We have bought some from them. Between 26,000 and 40,000 EUR are the prices of respirators. Today, there are none on the market, not even the more expensive ones, and they save lives," Vucic said.
He also said that Serbia is expected to have 20 million protective masks next week.
He announced that he had talked with Chinese experts about isolating some of the hotspots within the city, and above all some municipalities in Belgrade.
"But then, we will make all the decisions by first consulting with Chinese experts," he said.
Responding to questions from journalists, Vucic said that 3,000 beds would be ready so that those with a lighter clinical picture would be taken care of immediately, either at...