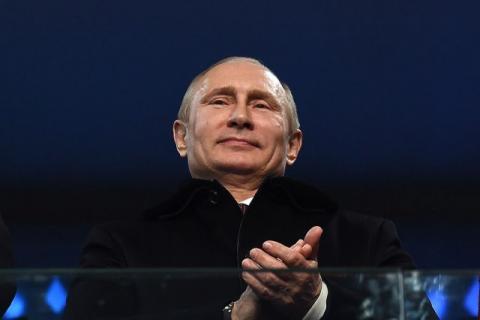 CNN wonders: Is Russia keeping the coronavirus under control?
According to information released by Russian officials, Putin's strategy appears to have worked.
The number of confirmed cases of the coronavirus in Russia is surprisingly small, despite Russia having a very long border with China and recording its first case in January.
The number of those infected is increasing, but Russia, a country with 146 million people, has fewer confirmed cases of coronaviruses than Luxembourg - only 367 people have been infected.
In contrast, Luxembourg with a population of 628,000, has 798 coronavirus cases and eight deaths.
Russia's early response measures, such as closing the 2,600-kilometer border with China as early as January 30 and establishing quarantine zones, may have contributed to delaying the outbreak in full swing, some experts said.
According to health officials, most of the coronavirus cases reported in Russia came from Italy.
Yet, Russia is grappling with a great deal of public skepticism, a legacy from the Soviet past.
On social media, Russians raised questions related to poor transparency in their country, such as the cover-up of the Chernobyl nuclear disaster in 1986 and the country's response to the HIV epidemic in the 1980s.