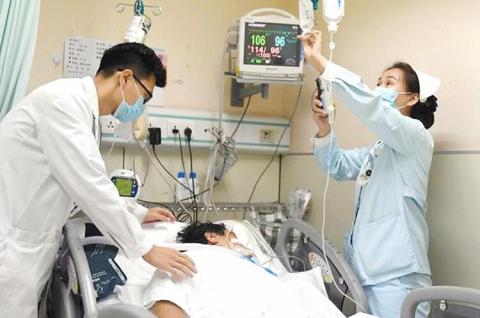 Discrimination against China and Chinese people is nothing new - Sinophobia is a well-documented phenomenon that has occurred for centuries.

However, the miscellaneous ways it has revealed itself during the coronavirus crisis reveals the increasingly complex relationship between China and the rest of the world. Sinophobia stems from historical resentment, fears of economic competition and racism. Fear of all Chinese is also linked to past ethnic trends and, at present, the coronavirus.

In places where Asians constitute a minority such as Europe, the United States, and Australia, Sinophobia seems to be incited by the profound stereotypes of the Chinese as dirty and uncivilized. Headlines such as "Yellow peril," Chinese virus "panda-monium" and

"Chinese kids, stay home" have appeared in French and Australian newspapers. Some Chinese students were also beaten in the United Kingdom. Meanwhile, some Chinese citizens have not been admitted to hotels and restaurants or shunned by public transport.

And all the while, the web is dotted with mocking memes about the coronavirus.

The anti-Chinese rhetoric has also gained a sharper and more xenophobic tone in Asia. One common theme has been worries about
mainland Chinese overrunning and infecting local populations.

In Singapore and Malaysia, hundreds of thousands have signed petitions demanding a total ban on Chinese nationals entering their countries; in response, both countries' governments have implemented some form of entry ban. In Japan, some have dubbed the Chinese "bio-terrorists," while conspiracy theories about the Chinese infecting locals, particularly Muslims, have predominated in Indonesia and elsewhere.

It is crystal clear that the flourishing prosperity of the...