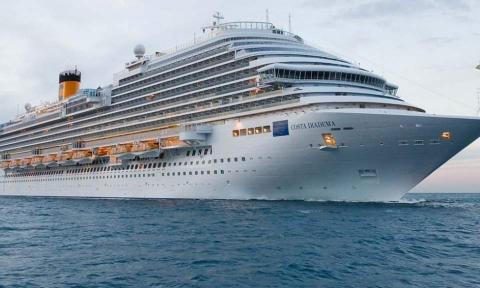 A crew member on an Italian cruise ship off the coast of Cyprus was taken to hospital after showing suspected symptoms of the coronavirus.

According to the Cyprus News Agency, the Costa Diadema arrived at Limassol port in the early morning hours on Tuesday, where an individual on the cruise liner was transported to Limassol General Hospital.

CNA cited media reports that said staff on the ship had shown symptoms of the coronavirus, while the captain asked Cypriot authorities for assistance after the medical condition of one crew member began to deteriorate.

The ship approached a berthing location and dropped anchor around 2:30am, with a state vessel receiving the crew member and transporting the patient to Limassol General.

Costa Diadema has a capacity of 5000 but was traveling without passengers following a suspension of cruises by the company due to the...