IMF Managing Director Kristalina Georgieva: The Recession will be at Least as Bad as in 2008 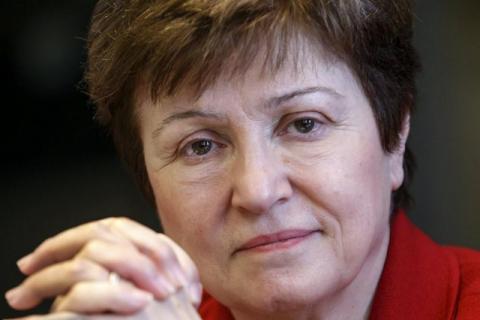 International Monetary Fund Managing Director Kristalina Georgieva said on Monday that the IMF expects the global economic recession in 2020 to be "at least as bad as during the 2008-2009 global financial crisis or worse" .

On the other hand, the IMF expects an economic recovery to follow in 2021, she said, adding that the organization welcomes "extraordinary fiscal actions" and monetary easing measures in many countries that their central banks have decided to take.

"Investors have already removed USD 83 billion from emerging markets since the beginning of the crisis, the largest capital outflow ever recorded. We are particularly concerned about low-income countries in debt distress -- an issue on which we are working closely with the World Bank," Georgieva said.

The IMF is standing ready to deploy all its USD 1 trillion lending capacity, she said, adding that the IMF is looking at other available options.