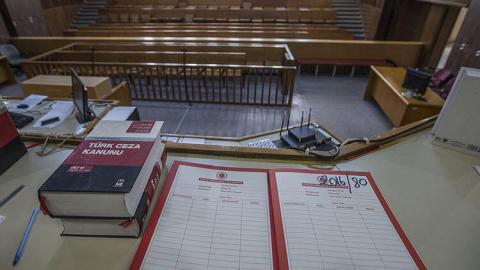 The ruling Justice and Development Party (AKP) plans to submit a proposal on changes to be brought regarding prisoners serving their jail terms to parliament this week and bring to its agenda next week.

"After completing negotiations with political parties, we will submit the law proposal as soon as possible. We plan to present the proposal to parliament this week and to bring it to the agenda next week," AKP group vice chair Cahit Özkan told reporters on late March 24.

The AKP submitted the draft proposal to the Nationalist Movement Party (MHP) last week and started deliberations on the matter with the members of the two opposition parties, the Republican People's Party (CHP) and the İYİ (Good) Party, on March 24.

The AKP delegation informed the opposition parties about the current number of arrested and convicted people in prisons, daily Hürriyet reported. Accordingly, there are 61,000 people in prisons due to drug crimes, 45,000 for theft, 37,000 on terrorism charges, 32,000 jailed for intentional homicide, 22,000 for committing sexual crimes, and 17,000 on charges of "plundering."

The CHP delegation stressed that all sexual crimes included in the draft of the AKP, violent crimes against women and drug crimes should be outside the scope of the enforcement arrangement, daily Hürriyet reported, quoting anonymous opposition party sources.

The CHP members also reportedly noted that there were serious unfairness regarding imprisoned journalists due to a misinterpretation of the anti-terrorism law and organized crime. The proposed amendment envisages the release of 70,000 people from prisons, CHP group deputy chair Engin Özkoç on March 24 told reporters.