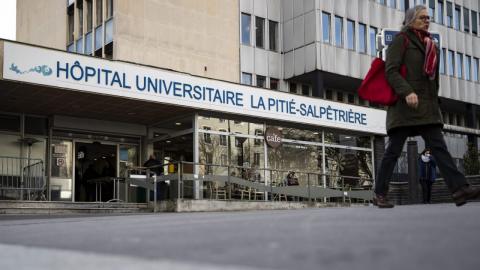 Romanian writer and anti-Communist dissident Paul Goma has died in Paris aged 84 after being diagnosed with coronavirus, his biographer Mariana Sipos told the Romanian news portal G4Media on Wednesday.

"After receiving a message from France, I announce with sorrow and great pain the departure from among us of the great writer and dissident Paul Goma," the statement read.

According to Sipos, Goma died during the night between March 24 and 25. "He had been admitted to the La Pitie Salpetriere hospital since 18 March, after he was diagnosed with the killer virus," the note said.

Goma will be buried in Paris, where he had lived since being deported by Communist dictator Nicolae Ceausescu in 1977.

A refugee from the former Romanian province of Bessarabia, today's Moldova, Goma first got into conflict with Romania's Communist secret police as a highschool student in the early 1950s, after he publicly praised anti-government partisans fighting the regime in the mountains.

Goma continued criticising the authorities, both in his writings and through other symbolic forms.

His defiant attitude to the one-party dictatorship landed him in prison in the late-1950s. He spent two years behind bars and was subsequently banished to different locations outside Bucharest.

He supported the anti-Soviet revolt in Hungary in 1956 and the Charter 77 in Czechoslovakia in 1977, when he was stripped of the Romanian nationality and forced to leave the country after challenging Ceausescu in several letters in which he addressed the dictator in personal terms.

From exile in France, where he was granted asylum, he continued to denounce the abuses of the dictatorship in his country.

Known for his volcanic temperament, he had virulent...