80 pct of life stopped in Turkey due to outbreak, says interior minister 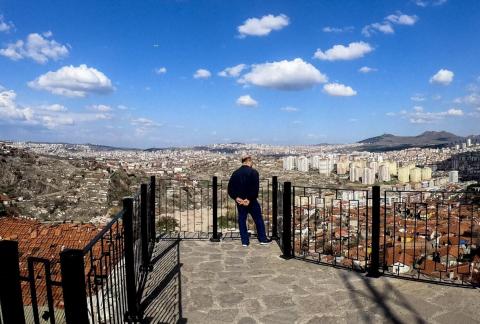 Turkish citizens, especially those living in metropolises, have been abiding by the "social isolation" principles laid out by the government, Interior Minister Süleyman Soylu has said, adding that almost 80 percent of life "stopped" in Turkey.

"Up until now, just our ministry issued 38 circulars, 17 of which concern the borders. Many high-level precautions have been taken. Right now, 80 percent of life stopped in Turkey," Soylu said on March 26 in an interview with a private broadcaster.

Soylu also provided updated figures for passenger traffic. He said that there is a 73 percent decline in inter-city bus services, adding that these services can also be suspended if needed.

On intra-city traffic, Soylu said that there has been an 80 percent decline. This figure was 65 percent according to another interview the minister held on March 25.

The government has four cruxes it predicates on when taking measures against the spread of the novel coronavirus, according to Soylu.

"If we can ensure these four, we can keep the system up," he said.

"We are following how the disease [and] the outbreak is spreading and which ages it gets to, with our Health Ministry. We are gradually increasing measures," he added.

When asked if the public is abiding by the imposed restrictions, the minister said in metropolises "stand back" yet the same cannot be said for rural areas.

"Maybe I am saying something harsh but there is problem[s] in eastern and southeastern Anatolia. In Ankara, Istanbul, and İzmir, the cities have withdrawn," he said.

As for a possible...