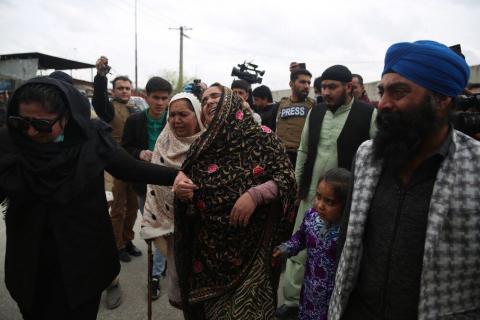 "We strongly condemn this heinous terrorist attack that targeted the multicultural fabric of Afghanistan."

It added: "We wish Allah's mercy upon those who lost their lives, a speedy recovery to the injured, and convey our condolences to the friendly and brotherly people of Afghanistan."

Earlier in the day, gunmen stormed a Sikh religious complex in the country's capital, killing at least 25 people.

ISIL claimed responsibility for the attack through its propaganda website.

For years, the Sikh community in Afghanistan lived on the margins of society. But they were hardly ever targeted until Daesh terrorists blew up a generation of its community leaders in a suicide attack in Jalalabad city in July 2018.

The Afghan Sikhs and Hindus generally reside in communal compounds, in an apparently secluded environment to protect and preserve their cultural and religious identity.

Sikhs and Hindus gather in worship places on Fridays - a holiday in the country when markets generally remain closed - to cook vegetarian food, eat and pray together for peace and prosperity.

US shames Afghan leaders' obstinance even as pandemic looms