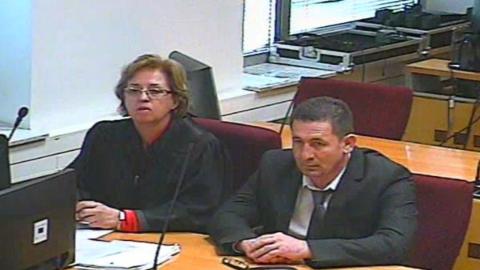 The Constitutional Court in Sarajevo has rejected as unfounded Mate Baotic's appeal against the verdict from 2017 sentencing him to 13 years in prison for war crimes including rapes and the abuse of prisoners.

"The Constitutional Court has determined that there was no violation of the right to a fair trial," the court said in its decision.

The 2017 verdict reversed his earlier acquittal for the inhumane treatment of prisoners and sentenced to six years in prison.

But as he was already serving ten years in jail for rape and mistreatment, the court gave him a combined sentence of 13 years.

Baotic was found guilty, as a military police commander with the Croatian Defence Council, of raping three women and beating and mistreating beating several captured civilians in Orasje in 1992.