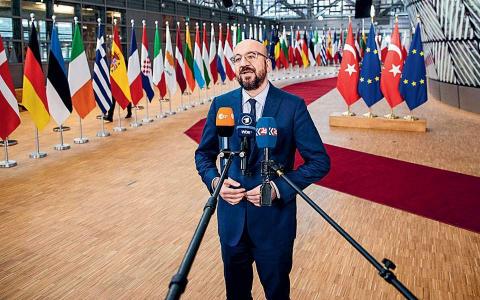 Nine European Union countries, including Greece, have requested in a letter to European Council President Charles Michel that the bloc issues a Eurobond to combat the economic impact of the coronavirus pandemic.

The letter requesting the so-called "corona bonds" - a new debt instrument that would combine securities from different countries - came at the initiative of Italy and Spain. Greece was reportedly the last country in the South to join the initiative.

"We need to work on a common debt instrument issued by a European institution to raise funds on the market," said the letter dated Wednesday and before Thursday's third video...

New Travel Restrictions due to COVID-19