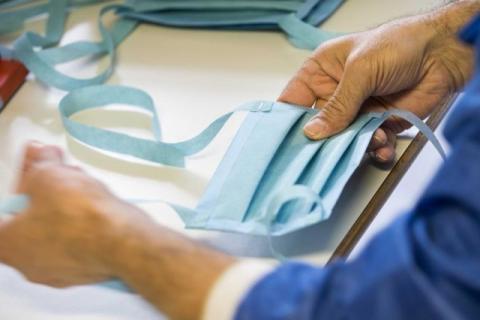 "Holding on for the next two weeks means that we will be able to cope well until the end of April, when we expect a significant fall, and we expect sporadic cases in May", Tiodorvic told "Blic".
He said that we were doing well at the moment, even though we were getting more and more registered infected cases from day to day and we were starting to record fatalities.
"Next week will be tough, but if we endure and stay disciplined for the next 15 days, then we can say that we are well on our way to catching the enemy by the horns", Tiodorovic said.
He added that more confirmed cases of the coronavirus were expected, but said that there was now a different strategy, that more people would be tested and that the infected would be immediately isolated in the halls, which, he said, would prevent the spread of virus and get a clearer picture of the exact number of patients.
"I am aware that it is difficult to make forecasts, especially when you do not have all the data, because we have now tested a small number of people, severe patients, and now that we have opportunities for mass testing, we will be at an advantage. Health centers are doing it now and everything will go much faster", Tiodorovic said.
He stressed that Serbia cannot compare to China, where, as he says, things are very specific and there is a huge population.
"I would not compare Serbia with Italy or Spain, perhaps the best parallel is with Switzerland, both in terms of population and in the movement of the diseased. The Chinese told us that they compare Serbia with one of their provinces, similar in number in population, and in movement of the number of sick and dead, and they suppressed the epidemic there in 29 days. After that period, they had no more sick people,...