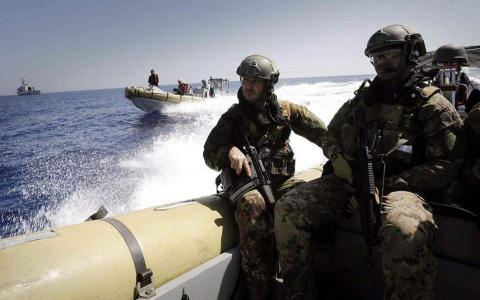 The European Union will launch a new Mediterranean naval and air mission in April to stop more arms reach warring factions in Libya, EU diplomats said on Thursday, with Greece agreeing to take in any migrants rescued at sea.

The decision, which was delayed by divisions over migrants, followed warnings by EU foreign affairs chief Josep Borrell that the bloc risked becoming irrelevant if it could not act, potentially leaving Libya's fate to Turkey and Russia.

"Greece has allowed disembarkation [of rescued migrants] in its ports," said an EU diplomat involved in the negotiations, adding that other EU governments agreed to help cover the harbor costs of bringing those rescued on shore to avoid more financial pressure on Athens.