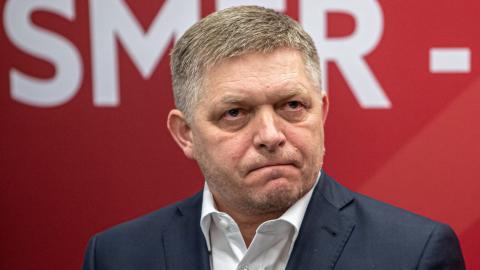 SMER-SD gave way to a four-party, mostly right-wing coalition led by populist Ivo Matovic's OLANO, which more than doubled its vote from 11 per cent to 25 per cent — well ahead of SMER-SD's 18 per cent — with a vague programme almost entirely devoted to dismantling what Matovic claims is a system of corruption built by former premier Robert Fico.

SMER-SD's election defeat follows the humiliations of other left-wing parties in the region in recent years: Poland's Democratic Left Alliance, or SLD (in 2005); the Hungarian Socialist Party, or MSZP (2010); and the Czech Social Democratic Party (CSSD), which slid from 32 per cent in 2006 to 7.3 per cent in 2017 elections but clung on as the junior coalition partner to billionaire populist Andrej Babis' ANO party.

This is not the first time the left has been out of power across the V4 states since the collapse of communism in 1989 — but it is probably its bleakest moment.

Even compared with Western Europe, the state of the left in Central Europe looks dire. It now seems unlikely that a social democrat party will lead a V4 government in the near future.

And unlike in Southern Europe, there are no strong new left-wing parties that could take their place, nor, as in neighbouring Germany and Austria, rising Green parties. Instead the radical right is in the ascendant.

Now the main political battleground in most countries is shifting to one between the centre-right and/or liberals on the one side and right-wing authoritarians such as Hungary's Viktor Orban and Poland's Jaroslaw Kaczynski or centrist technocratic populists like Babis on the other.

The left has been marginalised and the whole political spectrum has been jerked to the right. This raises the risk that the concerns of poorer...