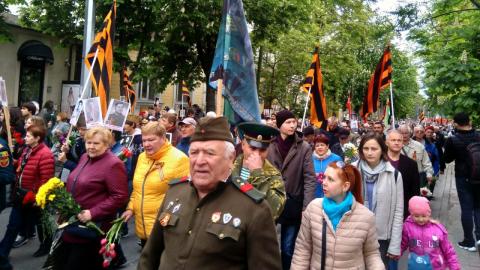 A decision by the Moldovan government to spend cash on medals commemorating Victory Day in World War II has drawn criticism from opposition politicians who say the events effectively glorify the former Soviet Union.

On Wednesday, the government approved the allocation of 157,500 lei [around 8,000 euros] for the preparation of commemorative medals for 450 war veterans marking "75 years since victory in the Second World War". The medals will be distributed on May 9, which is when Moldova, a former Soviet republic, has celebrated Victory Day since Soviet times.

The government led by Ion Chicu approved the action plan for marking Victory Day on February 5, long before fears about the coronavirus emerged.

A state of emergency was declared in Moldova on March 17, lasting until May 15.

The concept of the medals was elaborated by Defence Ministry staff and members of the National Heraldic Commission, which works in the office of President Igor Dodon. The action plan also includes the restoration of the Eternity memorial complex and the participation of an army contingent in the planned big military parade in Moscow.

Besides concerns about how these celebrations can take place under emergency conditions, the celebration has sparked familiar disputes in Moldova about the wider significance of this date - which effectively celebrates the separation of Moldova from Romania and its attachment to the Soviet Union.

"We will commemorate the victims of a [Soviet] regime that forgot to leave [our] home after the war [World War II], a xenophobic regime - which continues to be flattered by the Kremlin and kept under the protection...