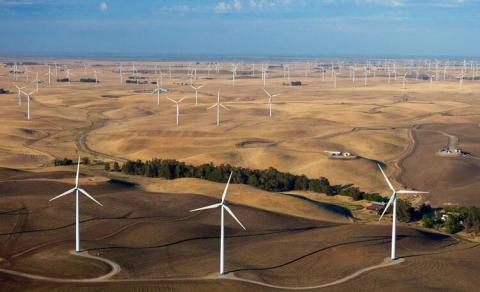 According to the data, wind energy provided about 8 million Turkish homes with electricity last year.

According to TUREB's report, more than 75 percent of wind farms are located in the Aegean and Marmara regions of Turkey.

İzmir province in the Aegean saw the most installed wind capacity with 1,549 MW, while Balıkesir ranked second with 1,363 MW and western Manisa followed in third place with 689,9 MW.

Turkey currently operates a total of 198 wind energy power plants, the country has 25 wind farms under construction with a total of 1,309 MW, the report read.

According to the Energy and Natural Sources Ministry, the country's wind energy potential has been estimated as 48,000 MW.

Turkey is gradually expanding its capacity, mainly in the Aegean and Marmara regions.