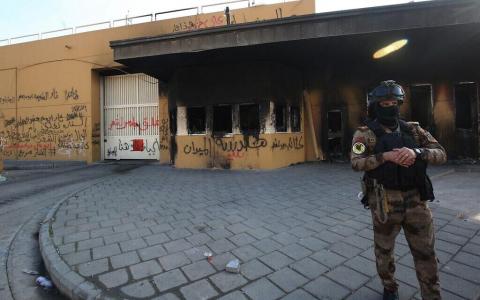 The Green Zone has been repeatedly hit by rockets which usually cause only minor damage.

There was no immediate claim of responsibility.

The intended target appeared to be the U.S. embassy, a sprawling compound a few hundred meters south of where the rockets hit, AFP cited and Iraqi security sources as saying.

It is the 26th such attack targeting installations where foreign troops or diplomats are based across Iraq since late October.