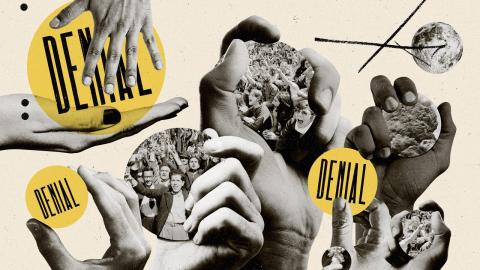 Yet asked about Srebrenica, the Bosnian enclave where some 8,000 Muslim men and boys were killed by Serb forces in 1995, Nebojsa is equally adamant in rejecting UN-court findings that it constituted genocide. "I don't think it was genocide," he said.

For many Serbs in Western Europe, the two statements are not mutually exclusive, but in fact reflect a conflict prevalent among a section of Balkan diaspora communities - those who left the region over the past decade with solid grades and career prospects, not fleeing war but seeking well-paid opportunity.

If for years it was assumed that Balkan diaspora communities - which grew with the bloody collapse of federal Yugoslavia - exercised a "long-distance nationalism", nurturing simplified narratives of their country's demise and the responsibility of others for the bloodshed it unleashed, young professionals like Nebojsa, who have few direct memories of the wars themselves, are viewed as more open-minded.

A BIRN survey and in-depth interviews, however, suggest that while those like Nebojsa show a willingness to acknowledge and accept Serbian responsibility for war crimes - and the need for reconciliation - they are ready too to embrace parts of the nationalistic narrative still prevalent within Serbia itself two decades after the wars ended.

'Views held by this wave of migrants are more open'

Reconciliation is a long-term process with the primary goal of finding the means to address a painful, sometimes violent past and create condition for peoples to live together with a shared positive vision of their common future.

Srdjan Hercigonja, a political scientist and project manager at the German forumZFD in Belgrade, defines reconciliation as "a set of political, social...