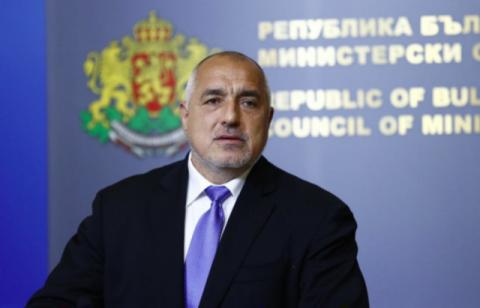 The European Commission promised that on Monday it will to come up with guideline measures against COVID-19 for all Member States, Bulgaria's Prime Minister Boyko Borissov told a news conference on March 26 after participating in a video conference meeting of the European Council.

Borissov said that the video meeting was focused on COVID-19, and what needs to be done to deal with the economic aspect of the coronavirus crisis. He said that the member states have now started to consider possible scenarios and solutions. They also discussed the EU external borders and relations with Turkey.

Borissov said that the main topic he raised was the certification of medical equipment, medical protective clothing and masks.

Boyko Borissov: We will give 800 more protective garments from Gabrovo, which the task force will distribute in the most important places. Our clothes come out to about BGN 67 with VAT per piece. The Bulgarian clothing is of high quality.
The Prime Minister said that Bulgaria would help Croatia.

According to Borissov, our country's relations with Turkey are wonderful and that is why migration in Bulgaria is zero.

He said that a decision was made to do 1,000 fast tests among several groups of people: police, drivers in public transport and ambulance drivers.

Boyko Borissov, Prime Minister: Police officers from the checkpoints will be tested because they are exposed to possible contagion throughout the day.

The fast tests will show whether the people have had the coronavirus and have antibodies, he added. The same people will be retested a month later. "Then we will know, statistically, when the peak of the outbreak will come," Borissov said.

No country in Europe has the required...