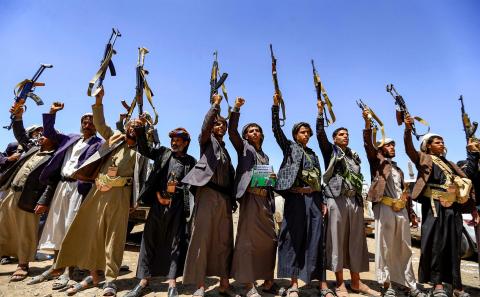 In Yemen, Houthi air defenses intercepted on March 27 aircrafts affiliated with Saudi-led coalition forces over the Yemeni city of Marib and forced them to leave, the Houthi military spokesperson Yahya Saria said in a Tweet.

The two attacks come after Yemen's warring parties had welcomed a U.N. call for an immediate truce on March 26 to fight the coronavirus outbreak.

Yemen has been mired in conflict since the Houthis ousted the government from power in the capital, Sanaa, in late 2014. The group still controls most major urban centers despite years of war.