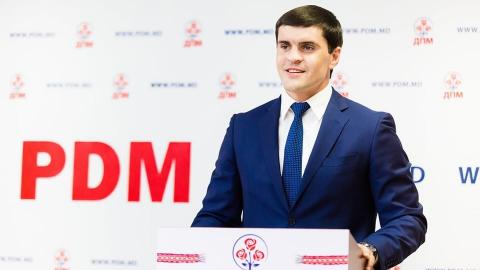 Amid the ongoing pandemic of COVID-19, Tutu is to be quarantined for 14 days.

Interpol put out a warrant for the former deputy on December 9, 2019, at the request of the Anti-Corruption Prosecutor's Office in a case opened in September 2019 accusing him of illicit enrichment during his time as deputy from 2014 to 2018.

The former K1 champion has double Moldovan and Romanian citizenship. He fled Moldova on June 14, 2019, on the same day as the oligarch Vladimir Plahotniuc also left the country in a hurry after the fall of the Democratic Party-led government under Pavel Filip. Tutu and Plahotniuc were close, with the tycoon helping Tutu to become a deputy on his party list.

On August 5, 2019, the Tverskaya Court in Moscow, Russia issued an arrest warrant for both Plahotniuc and Tutu, accusing them of running a criminal group involved in drug trafficking. "Plahotniuc and his trusted man, Constantin Tutu, a former PD deputy, are charged with 28 episodes of smuggling and large-scale drug trafficking," the court said, according to the Russian media.

The court accused the two Moldovan politicians of involvement in the creation of an international criminal syndicate transporting hashish from North Africa via several EU...