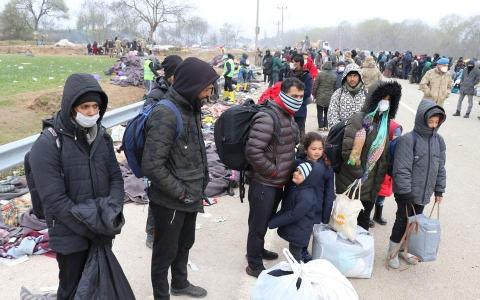 Amid the Covid-19 pandemic, Turkish authorities on Friday evacuated hundreds of migrants from Turkey's land border with Greece.

The migrants were among an estimated 10,000 that had gathered at the border hoping to cross into Greece and Europe after Turkish President Recep Tayyip Erdogan's government had said last month it would not prevent them from leaving.

Turkey had complained that Brussels had not lived up to its part of the 2016 deal that stipulated Ankara would stem the flow of people into Europe in exchange for more support for the more than 3.5 million Syrian refugees in Turkey.

The subsequent amassing of migrants at the Evros land border led to violent clashes with Greek border guards and tension between Brussels and Ankara after the former rallied behind Athens. Greece and European Union countries accused Erdogan of blackmail by weaponizing migrants...