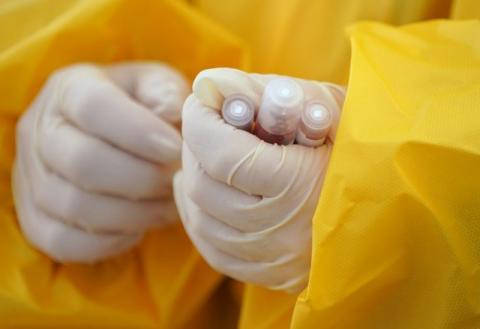 UK Minister Michael Gove has accused China of concealing real data regarding the spread of coronavirus, Sputnik reports.
"The first case of the virus was registered in China in December last year, but reports from China were incomplete even then, with no clear indication of the origin and how contagious it was", Gove said.
Michael Gove said China had not shared accurate data about the "scale, nature and infectiousness" of the disease.
"The first case of coronavirus in China was established in December of last year, but it was also the case that some of the reporting from China was not clear about the scale, the nature, the infectiousness of this", Gove added.
Facing criticism that the government failed to prepare properly for the pandemic, the Cabinet Office minister instead deflected attention to Beijing's actions in the early days of the crisis.
Michael Gove has suggested China was to blame for the Government's slow response and the lack of mass testing for coronavirus in the UK.
Britain has just reached the threshold of 70,000 a week, with Germany conducting 500,000 tests over the same period.
"The most important thing is to look ahead, we are doing everything we can to increase the number of tests," Gove said.
He is hopeful that as soon as the "horrible" coronavirus pandemic is over, "there will be an opportunity to look back and learn the proper lessons."
The Telegraph, meanwhile, quoted unnamed government sources as accusing China of "spreading lies" about COVID-19, including Beijing's attempt to blame it on a US delegation visiting the Chinese city of Wuhan, where the first outbreak occurred in late December, Sputnik reports.
Just to reiterate, Prime Minister Boris Johnson is in self-isolation...