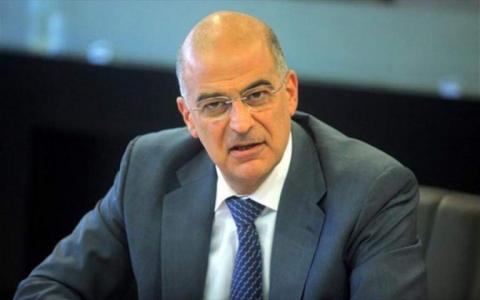 Straight on the heels of Turkey's effort to have thousands of migrants violently violently cross over to Greece at the Evros land border, Foreign Minister Nikos Dendias deconstrructs Ankara's communications effort to blame Greece for the plight of these migrants which it bused to the border, of whom only 10 percent were refugees and the rest economic migrants.

Just as many EU leaders — including the presidents of the European Council, European Commission, and European Parliament who in a show of unity and resolve traveled to Evros to see the situation first-hand - Dendias in an opinion piece published in the Financial Times blasts Turkey for trashing the 2016 EU-Turkey statement which provided that Ankara would keep refugees and migrants on its territory (over 900,000 crossed into the EU via  Turkey in 2015).

Dendias suggests that Turkey wants to blackamail the EU into facilitating Turkey's operations and designs in northern Syria.

In manoeuvring in northern Syria, Ankara has fueled tensions with Russia.

Turkey hopes to further expand its occupation of Syrian territory in an approximately 25-kilometre deep buffer zone in which its has pummelled the Kurds.

From the summer of 2015 until early 2016, the EU faced a massive influx of asylum seekers, most of them fleeing the conflict in Syria. About 1m people entered Europe, most of them from Turkey, by arriving on Greek islands in the Aegean.

To address this influx and alleviate the burden, the EU and Turkey reached a political agreement in March 2016. This led to a massive reduction of arrivals to the EU from Turkey. It also proved that Turkey is able to control the flow of migrants and refugees.