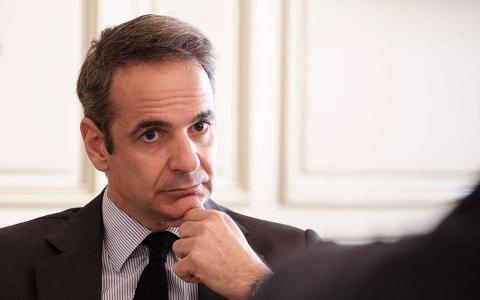 "The death of Manolis Glezos leaves the Greeks poorer. But his life has left Greece richer, because his example… is a guiding light that arms us with strength so that we may remain united through difficult times like the present," Prime Minister Kyriakos Mitsotakis said on Monday in an announcement on the death of the prominent leftist politician and World War II resistance fighter.

"Together with every Greek, I bow my head in respect at the memory of Manolis Glezos," Mitsotakis added, describing him as a "symbol of our nation's freedom."

"Manolis Glezos represents a generation that never bent and never surrendered. That was never held prisoner to political fanaticism. A generation dedicated to Greece, to freedom and to democracy," the prime minister said.