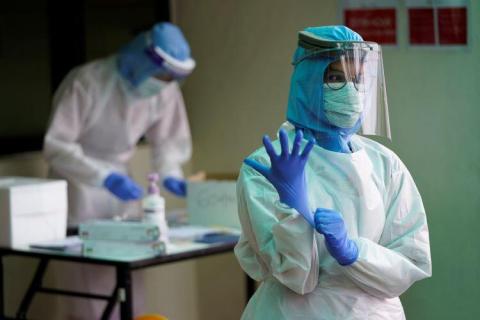 COVID-19 continues its relentless spread, as the daily number of infections worldwide continues to jump sharply. World Health Organization figures show the increase in new infections is now about 70,000 per day - up from about 50,000 just days ago.

More than 33,000 people have died worldwide.