More than 10 partygoers detained in Istanbul for violating virus rules 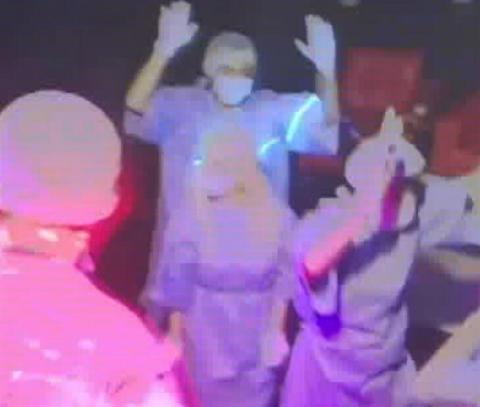 Some 11 people have been detained after throwing a party in Istanbul's Büyükçekmece district and sharing videos on social media outlets.

"Actions have been taken against those individuals for violating the regulations regarding the infectious disease and the public health law," the Istanbul Governor's Office said in a statement.

Those who were detained included the organizers of the event, a DJ and several attendees, according to the statement.

The statement added the authorities are working to identify other participants.

The apartment, which hosted the event, was sealed off by local authorities while seven of the detainees have been released and four others have been referred to the courthouse.

The lawyer of one of the detainees said that this was a social not a commercial event, but that it still caused public outrage.

"Their action amounts to misdemeanor but not a crime. People gathered there for a birthday celebration. Some 100 people attended the event," said Abdullah Burak Akça, the lawyer.

On a related note, more than 305 people have been fined around 179,000 Turkish Liras ($28,000) in Istanbul for violating regulations that have been introduced to contain the spread of the coronavirus. Security forces also closed nine businesses for violating the rules.