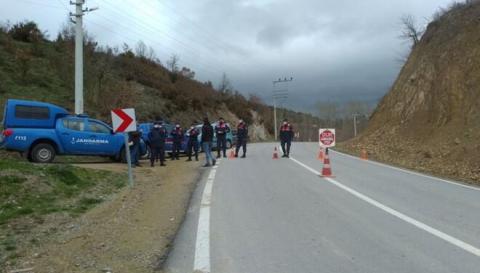 Turkey has put more villages in the eastern and Central Anatolian provinces under quarantine in a bid to contain the spread of the deadly coronavirus.

Two neighborhoods and two hamlets in the eastern Van province, near the Iranian border, have been placed under quarantine, Mehmet Emin Bilmez, the local governor, has announced.

The quarantine in those residential areas will last for 14 days.

The governor also noted that despite the measures taken some irregular migrants managed to enter Turkey through the border.

"Every irregular migrant undergoes medical screening and those with symptoms are referred to hospitals for the 14-day quarantine. None of the irregular migrants have tested positive so far," Bilmez said.

Over the weekend, also the Yukarıkarahacılı village in the Çekerek district of the Central Anatolian province of Yozgat has been put under quarantine.

Security units set up check points and do not people enter or leave the village.

On March 27, the local health directorate said a district and its four surrounding villages were put under quarantine in the Black Sea province of Rize.