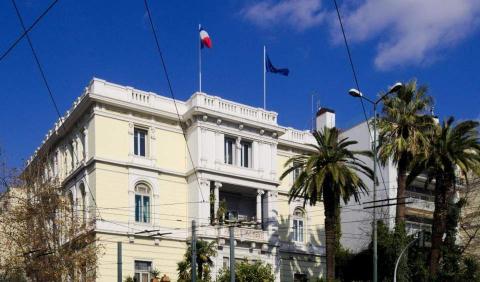 The French Embassy in Greece has issued a statement reiterating the country's official position that a maritime boundaries accord in the Mediterranean Sea signed between Turkey and Libya's Tripoli-based government last year is "invalid."

The statement was issued in the wake of reports in the Greek media regarding the misleading presentation by a Turkish newspaper of a map published by the French Centre for Maritime Strategic Studies (CESM).

The claims alluded to in the map "have no value, as they are contrary to the international law of the sea," the embassy statement said.