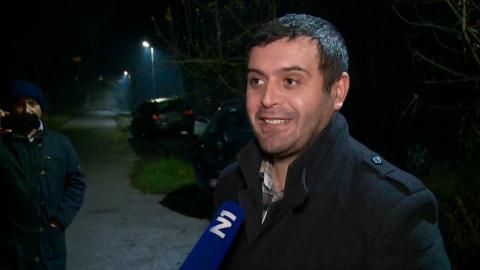 A court in Bosnia and Herzegovina has terminated restrictions on the movement of Turkish citizen Fatih Keskin, previously imposed by the Service for Foreigners' Affairs following his arrest and subsequent release in December last year, the court told BIRN BiH.

Wanted in Turkey, Keskin was arrested on December 3, 2019 and transferred to the migrant detention centre of the Service for Foreigners' Affairs after the Service revoked his residence permit.

The Court of Bosnia and Herzegovina ordered his release on December 16 but the Service for Foreigners' Affairs - acting on an intelligence service assessment that he posed a threat to national security - required Keskin to report to its Bihac office in northwestern Bosnia three times a week and restricted his movements to the area between Bihac and the capital, Sarajevo.

The Court of Bosnia and Herzegovina ordered the restrictions lifted.

Efendic said he could not rule out new measures being imposed given the Intelligence and Security Agency, OSA, had not changed its assessment.

"It is still in force," he said. "The position of the Service for Foreigners' Affairs is that, as long as the assessment is in force, they would have to impose prohibitive measures."

Keskin is an employee of Una-Sana College in Bihac, part of the Richmond Park Group in Sarajevo. Richmond is the legal successor to Bosna Sema educational institutions, which has been linked to the exiled Turkish cleric accused of orchestrating...