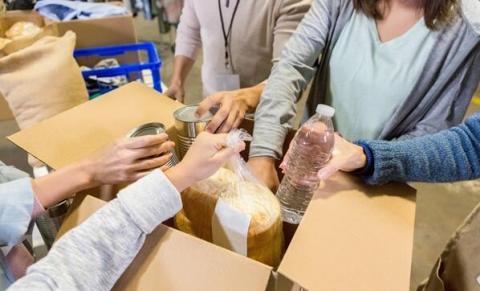 Turkey's Interior Ministry has said that municipalities run by the main opposition Republican People's Party (CHP) are "not abiding by the laws" in donation campaigns they launched during the coronavirus outbreak.

In a circular, the ministry said the municipalities need to get permission from the corresponding governor's offices for the launched donation campaigns.

The circular also stipulated that legal action will be launched against the municipalities that carry out campaigns without the governor's offices' permissions.

According to articles six and seven of the law on fundraising, individuals and institutions need to get permission from relevant authorities and have to obtain permission from the governor's offices if the campaign includes at least one district of a province.

"Regardless, some local administrations seem to launch charity campaigns without gaining any permission," the circular said.

The Istanbul and Ankara metropolitan municipalities, run by the CHP, recently launched their own donation campaigns to provide help to citizens in need during the coronavirus crisis.

After the ministry's circular, Istanbul Mayor Ekrem İmamoğlu said in a Twitter post that municipalities and mayors have the authority to accept and collect donations.

"This process is completely transparent and will grow with the solidarity of Istanbul residents," he said.

Meanwhile, Ankara Mayor Mansur Yavaş said on Twitter that about 94,553 people applied to benefit from the municipality's campaign.

An additional 15,841 people who lost their jobs and have no income also applied to the municipality, he said.

"Hopefully, we will not let anyone starve," he added.